Review: A Play for the End of the World

A Play for the End of the World by Jai Chakrabarti
My rating: 5 of 5 stars

This book affected me profoundly. It's beautifully rendered historical fiction that begins in World War II and then jumps to the 1970s. It addresses some of the core themes found in fiction of that post war period—the role of art and love in survival.

In Jai Chakrabarti’s debut novel, a play by Bengali writer Rabindranath Tagore is a magical and malleable symbol, used to help children accept a dark reality and as a tool for resistance. By staging the play during the Nazi occupation of Warsaw, Jaryk and his fellow orphans experienced a kind of liberation by imagination. But while the other children’s relief was temporary, Jaryk had the life-altering fortune and burden of becoming the orphanage’s lone survivor. Unlike his fellow orphans, unlike almost everyone else he had known in the meager years he enjoyed before the war, Jaryk got a chance at a long life.

A Play for the End of the World primarily focuses on what happens next, how new life takes root after extreme ruin. Highly recommend.

Scandalous by Minerva Spencer
My rating: 0 of 5 stars

I don’t really have words for how much I hated this. Hated that the author exploits slavery for titillation, playing up the idea of the sexy brute and savage at every turn. I have a pretty thick hide by now and yet this elicited a surprisingly painful reaction. There’s nothing modern about this brutal retread/ mashup of the tragic mulatto and pirate romance. I disliked everything about how the male lead, a former enslaved man, was portrayed throughout. But what really made it worse was that the climax and resolution pivot on a secondary character, a Black woman whose voice is obliterated. She’s used as a plot point and then denigrated and replaced as a mother to facilitate the white female lead’s HEA. Just intolerable.

I’m not going to spend more time on this author but I’ll just put this here. This is Martin taking stock of himself after Sarah challenges him about not being able to read and he reacts defensively:

“He turned away from her, as if he could turn away from the vision she had forced him to look at: that of an illiterate brute only aping his betters with fine clothes, rich trappings, and books he could not read.”

That “brute” characterization and the dehumanizing terminology of Martin being like an animal “aping” his betters (a metaphor like this used in a racial context has double meaning) would be less glaring if the text didn’t *repeatedly* and sensationally treat him as such. That's not countered just because Martin is supposedly saved by Sarah. Even Martin's work against the slave trade doesn't come into full view until it's used to prop up their union and her virtue. I understand that the nonsense idea of women humanizing terrible men is a popular trope. But when it's used in this racialized way with a man of color it is egregious and grotesque.

The Accidental Diva by Tia Williams
My rating: 4 of 5 stars

"She was a skittish, trembling Question, and he was the Answer."

This is now a Tia Williams stan account. Truly. Her three adult novels share two things in common that I love: sharp humor and excellent contemporary world-building. Williams builds a social environment that is so rich and authentic it gives me a sense memory of being that Black girl living in New York. And she does all that by showing not simply telling: the dialogue, the cultural references, the characters are all so real, it give me shivers.
So I enjoyed this one a lot. In a nutshell, a smart, talented and well-loved southern girl moves to New York and soon finds her professional footing on the beauty magazine beat. Though she's the lone Black girl in the office, in her social life, she's surrounded by a tight circle of Black women in similar creative positions at the center of the beating heart of the city. It's like if Sex and the City actually looked like the multicultural city it was set in. And she falls in love with a man who's irresistible, brilliant, and, on the surface, all wrong for her. Drama ensues— and it gets messy at times—but The Accidental Diva is a delight all the same.

NPR's Code Switch Celebrates Black Kiss-Story (and I'm there for it)! 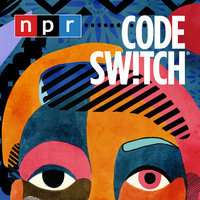 So NPR Code Switch did a fun and thoughtful episode on Black historical romance and invited me to be a part of it. Listening to these amazing authors—Beverly Jenkins, Alyssa Cole, and Piper Huguley talk Black history and romance on Code Switch was a treat and a half this Valentine's week. Getting to take part in it and say my piece? Unreal!

You can listen to the episode and read the essay referenced in the discussion here: Black Kiss-Story

For a list of some of the best Black-authored and centered histroms out there see my list on Book Riot: 15 MUST READ BLACK-AUTHORED HISTORICAL ROMANCE NOVELS OF THE LAST 25 YEARS

My Review of Wild Rain in The New York Times

Wild Rain by Beverly Jenkins
My rating: 5 of 5 stars

This is an exciting one. I had the extreme pleasure of writing about WILD RAIN for The New York Times. You can read my review online:
"In Beverly Jenkins’s Romance Novels, Black History Is Front and Center"